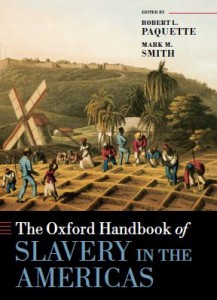 The Alexander Hamilton Institute for the Study of Western Civilization (AHI) congratulates AHI academic advisor Mark Smith, Carolina Distinguished Professor of History, University of South Carolina, and AHI Charter Fellow Robert Paquette on the publication in paperback of the Oxford Handbook of Slavery in the Americas (2010).  Smith and Paquette edited this acclaimed resource, which contains the work of thirty-eight authors. The volume, almost 800 pages in length, covers places as well as themes and methods.  Each essay addresses both historical and historiographical issues.

“The positive response to the volume both inside and outside of academic circles has proved most gratifying,” said Paquette.  “Mark and I were quite pleased when we heard last year of Oxford’s decision to move ahead with a paperback edition.  The AHI can take great pride in the volume.” 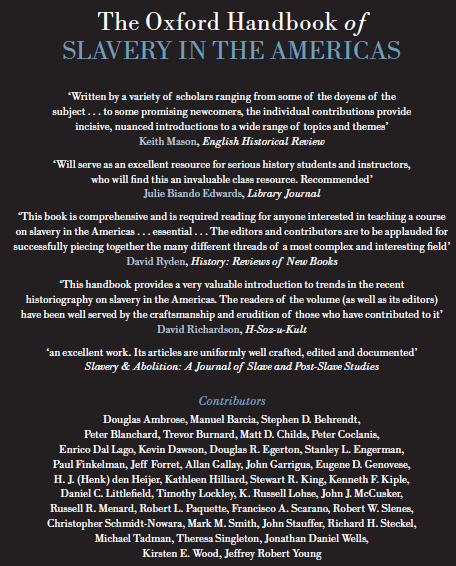