At the annual meeting of the Georgia Political Science Association, Dr. Lee Cheek, Senior Fellow of The Alexander Hamilton Institute for the Study of Western Civilization (AHI) and Professor of Political Science and former Dean at East Georgia State College, was awarded the James T. LaPlant Award for excellence in teaching and mentoring in political science. Dr. Cheek’s students, former State Representative and current professor, Roger Byrd, and State Representative Matthew Gambill (District 15) nominated him for this prestigious award. 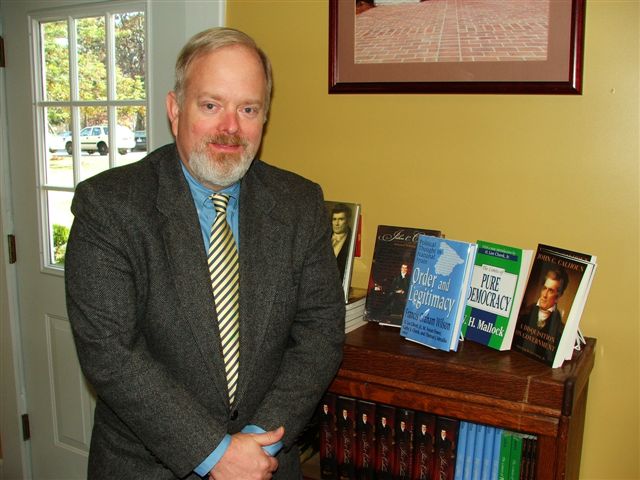 The James T. LaPlant Award recognizes exemplary professors at either the undergraduate or graduate level. The award provides recognition to a faculty member for outstanding service to students, and is conferred upon a faculty member in the State of Georgia each year.

“We strongly believe,” wrote Byrd and Gambill in their nominating letter,  that “Dr. Cheek’s profound commitment to student mentoring and preparing political science students for careers in public service and the law demonstrate he is a deserving recipient of the award.  During his thirty-five years of teaching in and leading political science programs, Dr. Cheek has amassed an amazing record of success in mentorship that continues even today.  We both were, for example, political science majors under Dr. Cheek’s tutelage.”

“AHI, from its inception, has had as one of its primary missions the advancement of undergraduate education in the liberal arts, said AHI president Robert Paquette.  “Lee Cheek has sent to AHI programs outstanding young men and women, often from disadvantaged backgrounds, who have prospered under his nurturing. Despite onerous teaching loads and administrative commitments, he has also remained an impressively productive scholar. And, if that were not enough, he has served multiple communities, including the United States Army, as a minister of the United Methodist Church. Commitment and integrity define his professional career, which spans more than three decades. AHI congratulates Lee Cheek, a most deserving recipient of this award.”