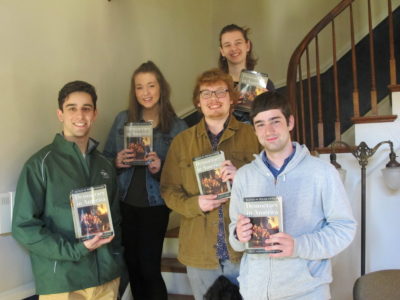 Montesquieu ranks as one of the most influential political thinkers of the eighteenth century. His imprint shows in the founding of the country, the framing of the United States Constitution, and among the Constitution’s anti-Federalist critics.  No thinker was cited more than Montesquieu in the political writings produced in the United States before the end of the eighteenth century.

Alexander Hamilton Institute for the Study of Western Civilization (AHI) is pleased to provide continuing support for Dr. Schaub’s extracurricular work in acquainting gifted undergraduates with both the challenges and riches of reading cover-to-cover classic texts.