On Sunday, September 19 at 4:00 p.m., The Alexander Hamilton Institute for the Study of Western Civilization (AHI) will host an open house and book signing in honor of resident fellow Mary Grabar.  In September, Regnery, a company that specializes in publishing books intended to spark lively debate about major national issues, will release Dr. Grabar’s second book Debunking the 1619 Project:  Exposing the Plan to Divide America.  Regnery also published her first book, Debunking Howard Zinn:  Exposing the Fake History that Turned a Generation against America (2019), which reached best-seller status on Amazon. 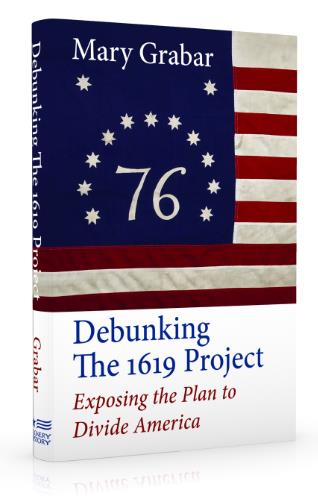 In announcing the release of Debunking the 1619 Project, Regnery underscores how “in dramatic fashion,” Dr. Grabar reveals the “flat-out lies, distortions, and noxious propaganda” embodied by the “1619 Project,” an audacious effort led by the New York Times to rewrite American history through the lens of Critical Race Theory.  Her book “is essential reading for every concerned parent, citizen, school board member, and policymaker.”  Larry Arnn, President, Hillsdale College, calls Grabar’s work “a fine and learned book” that “should be read by all.”  Syndicated talk-show host Dennis Prager applauds Dr. Grabar for delivering “just the shot of historical truth the doctor ordered.”

Dr. Grabar dedicated Debunking the 1619 Project to Eugene Genovese (1930-2012), one of the most influential historians of his generation and a charter member of AHI’s board of academic advisers.

AHI will use the event to open its doors to Hamilton College students and local and regional friends.  Food and refreshments will be served.

Signed hard cover copies of Dr. Grabar’s book will be available at the discounted price of $22 each.