Mary Grabar, Resident Fellow of The Alexander Hamilton Institute for the Study of Western Civilization (AHI), is completing a book that puts the New York Times 1619 Project squarely in her gunsights.   On 5 May, Epoch TV, part of the Epoch Media Group, a news organization “dedicated to seeking the truth through insightful and independent journalism,” interviewed Dr. Grabar about the 1619 Project and its falsification and distortions of American history. 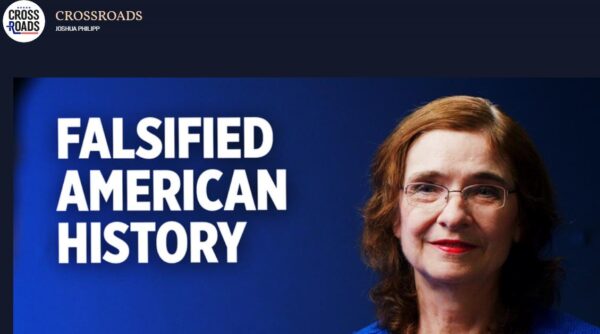 In a companion article “American History Is Being Falsified to Sow Political Division: Mary Grabar,” she focuses on the issues of slavery and the slave trade and how they were treated by Nikole Hannah-Jones, the chief architect of the 1619 Project.  Hannah-Jones’ “distortions of history,” Grabar maintained, “is to cast America as fundamentally tyrannical, facilitating the replacement of its free-market capitalist system with a socialistic regime.”  The Biden administration, the reporter notes, supports the 1619 Project.  Indeed, the Department of Education has prioritized millions of dollars for use in its “American History and Civics Education” initiative to integrate the 1619 Project into school curricula across the country.

Dr. Grabar is the author of Debunking Howard Zinn: Exposing the Fake History That Turned a Generation against America (Regnery 2019), which reached best-selling status on Amazon.