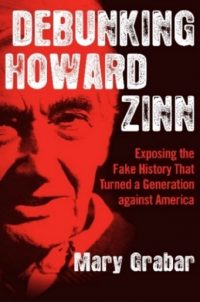 My new book, Debunking Howard Zinn: Exposing the Fake History That Turned a Generation against America, has had a history of its own.

I first noticed Howard Zinn around 2008 while I was teaching at Emory University and at a community college in Atlanta.  I had managed to get through graduate school (earning a Ph.D. in 2002) by sticking with the “old-school” professors in the last years before their retirements but found that my unfashionably traditional dissertation put me out of consideration for tenure-track positions on postmodern campuses. Thus, I cobbled together a living as an adjunct instructor, traveling from one campus to another, to teach survey courses in freshman composition and literature.

Appalled by the rampant corruption of the liberal arts ethos by Marxists and other left-wing extremists on many college campuses, I began monitoring education news sites and going “undercover” to teacher conferences. I wrote reports and articles, spoke at conferences and to tea-party groups, and did radio interviews—and lost teaching jobs. I was down to teaching at one school, Emory, and had the idea of starting Dissident Prof  in order to better inform the public. Then I found myself in the web of President Obama’s IRS, fighting the government’s stonewalling for nearly two years in providing my organization with non-profit status.

In the meantime, in 2010, I had written and presented a report on Howard Zinn. This prompted a call from an agent and editor at a major publisher. After writing the proposal and sample chapter, it seemed to be all systems go in 2011. But the editor had made an error in the marketing end. The project came to a stop, and my agent disappeared.

In 2010, upon the suggestion of a friend, I had also stopped by the Alexander Hamilton Institute for the Study of Western Civilization (AHI) during my annual summertime visit to Rochester to visit family. Bob Paquette was there to greet me and, as I write in the “Acknowledgments” section of my book, he made me feel most welcome. In the battle with the destroyers of Western civilization I knew I had found an ally.   AHI is a testament to Bob’s fighting spirit. He has the ability to rally the troops—alumni, funders, business and academic allies, students—and me. That day began an association that evolved into a blessing.

We chatted for a long time. He invited me to give a Leadership Luncheon Lecture and to apply for a Bakwin research grant the following summer, both of which I did. I gave a talk on writer Flannery O’Connor in spring 2011 and in July, began my research on the African American anti-communist journalist George Schuyler.  I returned to Atlanta and continued teaching until the spring semester of 2013 when the Program in American Democracy and Citizenship, under which I was teaching, ended.

I became a resident fellow at AHI in the summer of 2014 and resumed my research on Schuyler and wrote for AHI’s website. I was contacted again about writing the Zinn book in 2017 by the same editor who was now undertaking a new publishing venture. Though Zinn had died in 2010, his influence had just kept growing. I sought another writer’s opinion and was led to my agent who landed the contract with the venerable publishing house, Regnery. 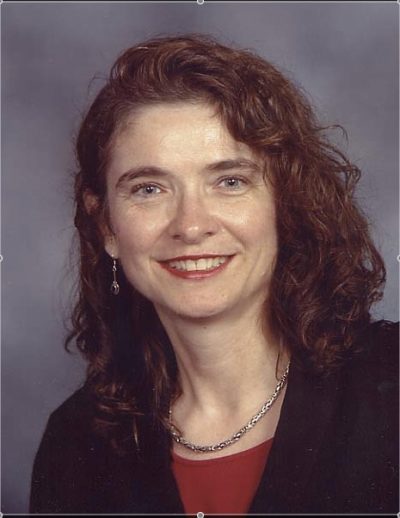 These last two years have been intense. I knew Howard Zinn was bad–a communist, a corrupt teacher, a fraudulent historian, and an anti-American agitator. I knew A People’s History of the United States was terrible. Indeed, most people, unless they are young or otherwise impressionable, can see how slanted the book is in the opening pages.

But as I  researched more deeply my suspicions turned to shock. Not only does Zinn put a far-left spin on events in American history, but he uses illegitimate sources (ideological New Left historians, a socialist novelist, a Holocaust-denying historian), plagiarizes, misrepresents authors’ words, leaves out critical information, and presents outright lies.

Zinn pretends to set the record straight, beginning in his famous crusade against Christopher Columbus. Zinn claims to correct the narrative in “the history books given to children in the United States,” which had “all start[ed] with heroic adventure,” with “no bloodshed” and Columbus Day a cause for “celebration.”

In actuality, others had been chipping away at Columbus Day years before Zinn made his grand claim. Primarily this was his socialist comrade, the novelist Hans Koning, from whose thin paperback, written for high school students, Zinn plagiarized to form the opening pages of A People’s History.  Sadly, what we have today is a day of protests and defacement of statues of the discoverer whose holiday every year is eliminated by more and more municipalities and states.

Columbus Day, in fact, is a day for celebration. The tragic deaths of Indians were not through Columbus’s personal actions or orders. In fact, Columbus acted according to his Christian faith, hoping for the salvation of their souls and telling his men to treat them kindly. Nor were the “Arawak” or other Native Americans living the mythically harmonious hippie lifestyles as painted by Zinn.

Yet, the “deconstruction” of Columbus Day—as evidenced not only by the toxic lessons of classrooms but by the kow-towing of government and corporate officials to leftist extremists—reverberates far and wide. Zinn popularized an illegitimate source and stamped it with legitimacy through his academic credentials. He has done this with other major events and movements in American history. Even if Zinn’s book itself is not in the classroom, students are likely to be exposed to passages from it in other books; in lessons from the Zinn Education Project;  in dozens of spin-off books and videos; and in the popular culture, in TV shows, movies, plays, protest events, and rock bands. As more than one historian has stated, Zinn has changed the way textbooks are written and the way history is taught.  Simply put, Zinn’s People’s History of the United States is probably the biggest con job in American history writing ever.

In Debunking Howard Zinn I have gone through the major parts of the book, exposed Zinn’s devious strategies, and provided information from a wide range of historians about what really happened. I can only hope that my investigation will expose to a wide audience Zinn’s deceitfulness and the lies about the history of the country that represented—to use Abraham Lincoln’s words–“the last best, hope of earth”—including for my parents who fled Communist Yugoslavia with me in their arms.

As I write in my acknowledgements, I have benefited immensely from AHI.  In those pages I name the many individuals associated with it.

Still, there is more. There are things that are hard to quantify. How can I describe how I have benefited from my tenure here? I don’t keep count of the casual conversations that may veer into the topic of my writing, the reading recommendations, the introductions to others with expertise in the field, or the times I went to the bookshelves throughout the building to pull out books for my research. Even a chat with a “local” who drops in or with an undergraduate fellow can prove to be beneficial. And then there are the community classes, conferences, guest lectures, receptions, and events.

This is not to mention the living and working space here—a nice room of my own, an office, a kitchen, a literal mansion in which to roam around.  It is hard to think of how I could have written this book without having AHI provide such a supportive environment, both intellectually and materially. I hope that the book I wrote on these premises will do much good in disabusing many Americans of the lies about our nation’s history. I know it is a goal I share with AHI.

No volume published during the last half century has had a more insidious influence on the way young minds understand the history of their own country than Zinn’s People’s History of the United States.   The book has not only grossly distorted the record of America’s past, but has corrupted the teaching of the discipline of history itself.  In the days ahead, AHI will announce formally a major new initiative devoted to the study of history.  Dr. Grabar’s devastating critique of Zinn’s volume may be considered a first step in that initiative.  Today, August 20, marks its official publication date.

For those interested in obtaining signed, hardcover copies of Dr. Grabar’s book at the price of $35 per copy, postage included, please contact Dr. Grabar at mary@theahi.org or Robert Paquette at bob@theahi.org.  We appreciate your support.