The Alexander Hamilton Institute for the Study of Western Civilization (AHI) is pleased to announce that Nick Philippi (Hamilton College, 2006) will deliver the Seventh Annual General Josiah Bunting III Veterans Day Lecture. The lecture, “Reflections on Veterans Day,” will take place at the Kennedy Auditorium, room GO27, Taylor Science Center, Hamilton College, on Monday, November 11, at 7 p.m. The event is open to the public, free of charge. A private reception and dinner in Mr. Philippi’s honor will be held at the AHI, 21 West Park Row, Clinton, beginning at 4 p.m. 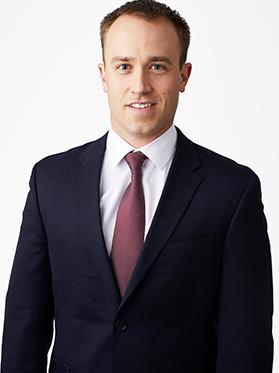 Mr. Philippi served nine years as an officer in the United States Marine Corps. He completed training in Quantico, Virginia, and at flight school in Pensacola, Florida, and was subsequently assigned to Camp Pendleton in San Diego, California.  He piloted the UH-IY helicopter during deployments to Southeast Asia and Afghanistan.

Mr. Philippi left active duty in 2015 to attend MIT Sloan School of Management where he earned his MBA. At MIT, he completed the Sloan Finance Track and was co-President of the Sloan Veterans Club and Sloan Ice Hockey Club. Upon graduating in 2017, Philippi joined Alex. Brown in Boston as a financial advisor. Although Mr. Philippi left active duty in 2015, he continues to serve as a reservist in the United States Marine Corps. He currently holds the rank of major and continues to pilot the UH-1Y once a month with his reserve squadron in New Jersey. 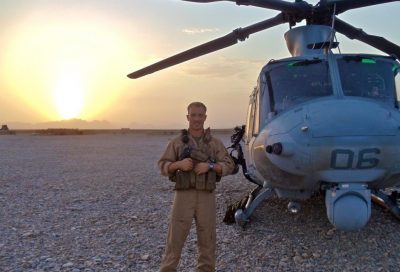 The annual lecture honors General Josiah Bunting III, a charter member of the AHI’s board of directors.  General Bunting was graduated from the Virginia Military Institute in 1963. He subsequently studied at Oxford as a Rhodes Scholar and at Columbia University as a John Burgess Fellow. During active duty with the United States Army, he served as an infantry officer in Vietnam with the Ninth Infantry Division. During his military career, General Bunting received the Bronze Star with two Oak Leaf Clusters, Army Commendation Medal, Vietnam Honor Medal–2nd class, Presidential Unit Citation, Parachute Badge, Combat Infantry Badge and Ranger Tab. Subsequently, he taught history at West Point and at the Naval War College. He served as President, Briarcliff College (1973-1977); President, Hampden-Sydney College (1977-1987); and Superintendent, VMI (1995-2003). General Bunting published four novels, including The Lionheads (G. Braziller, 1972), a best-seller that was selected by Time Magazine as one of “The Ten Best Novels” of 1973.