The Eugene D. Genovese Slavery and Southern History Collection at the AHI

Previous Next
The Eugene D. Genovese Slavery and Southern History Collection at the AHI

The project of cataloging the book collection of the late Eugene D. Genovese, internationally known historian of the South and slavery, is getting closer to completion at the Alexander Hamilton Institute for the Study of Western Civilization (AHI).  In his will, Genovese, who died on September 26, 2012, at age 82, bequeathed a substantial portion of his personal library to the AHI.  Fundraising and construction of a reading room to be named after Genovese and his wife, Elizabeth Fox-Genovese (d. 2007), a prominent public intellectual in her own right, began shortly after the announcement.  Since the arrival of the books in 2013, efforts have continued apace to catalog the collection, described by AHI Executive Director Robert Paquette as, “a treasure trove, which includes not only Genovese’s marginalia, but even correspondence stuffed between pages of some books.” 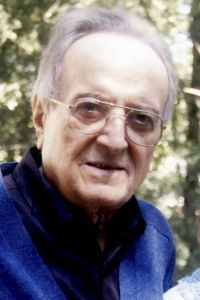 Both Genovese and his wife served as charter members of the AHI’s board of academic advisers. They mentored two of the AHI’s co-founders:  Paquette and Douglas Ambrose. Genovese also supervised the dissertation of AHI academic adviser Maurice Isserman, now Publius Virgilius Rogers Professor of History at Hamilton College.  This summer Ambrose has been finishing up a project that he calls “a labor of love”:  editing for publication by Cambridge University Press Genovese’s unpublished manuscript, The Sweetness of Life.

After their arrival from Atlanta, the Genovese books were arranged by subject categories by AHI undergraduate fellows employed as summer interns.  Christian Goodwillie, Director of Special Collections and Archives at Hamilton College, was hired in 2015 to catalog and arrange the collection.  Goodwillie, a specialist in the history of communal and utopian societies in the United States, has been a supporter and friend of the AHI. He has worked with visiting scholars who have lodged at the AHI while doing research in the archives and made presentations to students, including AHI undergraduate fellows, about utopian societies. At this point, Goodwillie has cataloged about 1600 titles, some of which are multi-volume sets. “A visual estimate of what remains to be done,” he said, “suggests that there are approximately 3,000 volumes in the Genovese collection.” 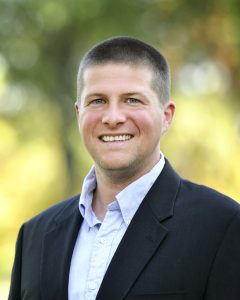 The organization by subject category will remain. The catalog Goodwillie is preparing will be in simple alphabetical order by author and title. He described the books as primarily on American history, specifically the history of the southern states, from the colonial period to the present. The collection is “varied,” but strong in edited collections of papers from major historical figures, primary source accounts, secondary scholarly studies, and biographies.  There are also a variety of works on regional traditions related to food, decorative arts, architecture, and folkways.

“I would imagine that anyone studying the American south will find books of interest here, with the added advantage that browsing this collection in person will reveal to them works of which they were previously unaware,” he said.  The collection is particularly valuable for future scholars who wish to see how a major twentieth-century scholar interacted with his texts, and his immediate reactions to them, Goodwillie said, adding that scholars could use the catalog to identify volumes that may yield clues.  One thing that he noticed was that “Eugene Genovese was very physically engaged with his books. From looking at them he seems to have approached reading as an almost athletic endeavor!”

Goodwillie notes that nearly all of the books are marked in some way, usually with the simple inscription “Notes OK,” or just “OK,” on the front flyleaf as a reminder to himself that he had read and digested a particular book. Many volumes have markings on the pages, and some also have annotations.  Comments on the front matter indicate Genovese’s particular like or dislike of the book. “His most interesting comments have been transcribed as a part of the project cataloging the library,” added Goodwillie. “The presence of any of these markings has been noted in the catalog record for each item.”

Of this collection, Goodwillie said, “Scholars are extremely fortunate to have the luxury of using the Genoveses’ carefully accumulated and curated collection at its new home in the AHI. The warm surroundings, and the ample space to spread out with the books, will greatly facilitate research. The presence of such a valuable collection, with such a specific focus, truly complements the ‘Institute’ goal set out by the AHI’s founders.”