In 2016, Gregory Smith, a popular teacher and distinguished professor of political science and philosophy at Trinity College, Hartford, Connecticut, announced the creation of the Churchill Institute, an independent organization designed “to encourage . . . serious teaching, learning and scholarship about Western Civilization, and to promote a vigorous discussion of its preservation and future trajectory.”  The Alexander Hamilton Institute for the Study of Western Civilization (AHI) proudly contributed to Dr. Smith’s efforts in forming the Institute and providing opportunities to undergraduates affiliated with his programmatic initiatives.  Unhappily, the political environment at Trinity College has not proved conducive to the advancement of the Churchill Institute’s worthy goals. 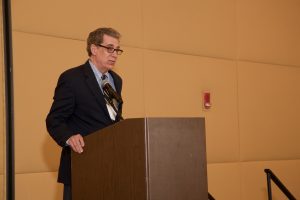 On Trinity’s campus, undergraduates formed the Churchill Club, similar to AHI’s Undergraduate Fellow’s Program, to advance the Churchill Institute’s mission. They have met venomous resistance in some quarters of the campus. Trinity’s administration, like so many others, has—let us be nice— dilly-dallied in defending core principle of higher education and the intellectual diversity necessary for a vibrant campus intellectual life.  In the presence of administrative lethargy, Churchill Club students have issued a defense of free speech, which we publish here.

Those who recall the history of what was once called at Hamilton College the Alexander Hamilton Center for the Study of Western Civilization will not be surprised by the turmoil at Trinity.  AHI applauds Dr. Smith and the students affiliated with the Churchill Institute for their courage and defense of vital principles.  Let us hope Trinity alumni notice when they next think of writing a check for their alma mater.